I’ve got a number of friends who have moved away from London, and, when they come back every now and then, when trying to convince them to go out – whether it’s for something to eat, drink, or in a Bar to catch-up – they all have similar reasons as to why they’re against it: ‘too expensive’, ‘too many people’, ‘too long’ and ‘too much hassle’. The same sometimes as well with my friends who already live in London too.

Whilst some of that is true – the prices of most of the best places are really extortant, sometimes the best places have queues stretching for a miles and most places can be packed solid to the walls – especially many Restaurants and Bars, at peak times.

However, what can be forgotten is that the above is really applies to a very select group of popular venues. Having been to many, many places in London myself (some good, some not so good!) – compared to some other cities, there are distinct advantages that London has in terms of nighttime offering vs. others.

So below I’ve listed some reasons why I genuinely think London is the best place for Nightlife:- 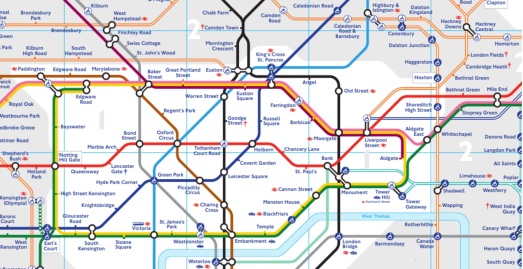 The London Underground is one of the best things about London at night – honestly!

Since the Night Tube was launched late in 2016, it’s enabled scores of people – who previously were always checking the time to ensure they don’t miss that last train – to stay out longer with their friends, enjoying themselves a lot more. (Not to mention allowing venues to stay open that little bit longer, allowing them more trade)

In addition, with the London Underground you could literally get to anywhere in London within a 30-45minute time-frame, making it easy for groups of friends to meet up. In my experience, this enables people to travel further out to see their friends. Case in point, I could get to Liverpool Street, Stratford, South Woodford, etc from West London in a little under an hour, whereas that would normally involve an extortant cab fare and/or a lot of buses. The accessibility of London is second to none. I think this something that is quite overlooked/taken for granted sometimes!

Not withstanding also, that there are such a wide range of transport links other than the Tube available at any given time – Cabs, Buses, etc – that enable people to get to places a lot quicker than other cities sometimes.

In London there is so much choice. You’ve got West End/Soho for a mix of chilling out/dancing places, Mayfair for the more upmarket occasions, and then even Clapham for a mix of everything. One thing I’ve found is that there is so much variety and diversity in London’s Nightlife scene that it makes it quick and easy to find any type of night out that you want – a quick online search for Stag/Hen parties, birthdays, leaving doos, etc and it’s still surprising how many places cater for them and how local most are – especially sometimes some smaller venues which are literally tucked away sometimes!

Having a lot of venues in London all in relatively close proximity, also means that there are always ways for people to go to more than one place on a night out – in London it’s sometimes rare that you’ll ever end up just going to one place and then staying there all day/night (that being said, some venues are notable exceptions!)

London is the most widely surveillanced place in the whole of UK (if not, the world)

Most venue legislation requires them to have CCTV available – so, if for example, someone steals a bag/belongings in a venue, they will have CCTV to establish facts – also the case if a fight breaks out (believe me – it happens)  you can be rest assured that there will be CCTV there, all venues legally must have this. In addition, to the licensing laws that ensure there are enough bouncers/staff on hand to ensure everyone’s safety.

In addition, the police officers are always out and about on streets (and never hard to find if you need them) – having spoken to a lot of people from overseas, the police presence in London at night is very high and there are quite some differences compared to other cities.

Whilst I’m personally not too familiar with nighttime licencing laws, I’m aware that most are so strict that it causes venues a lot of time, costs & commitment for them, however it’s all with the people’s safety in mind.

Finally, it’s the diverse mix of people you get to meet in London.

There are literally so many people from all different parts of the world that you can meet on a single night out in London. In my experience over the past few months, I’ve met some guys from Liverpool and we all randomly started talking about Dance Music – previously we met a group of backpackers from Australia that were on a night out, and then even a group of packbackers tourists from Estonia. In a good environment, you can meet some really great people, something in my opinion happens very little outside of London.

Not to mention specific venues that cater for particular types of crowds from different countries (Walkabout, for instance) means that you can have a varied/interesting night!
So that’s my views on why London is one of the premier places in the world for Nightlife. Taking away the ‘glitz and glamour’ venues too (which many think London is about… not everywhere is like The Ritz!) there are some really decent places for great experiences with different people.